As final votes were counted on Wednesday night, Likud leader Benjamin Netanyahu was reportedly looking to put together a coalition quickly after his right-religious bloc appeared to have won a resounding victory in Tuesday’s election.

His rival Prime Minister Yair Lapid meanwhile had reportedly yet to speak to his allies in the seemingly outgoing coalition, some of whom were furious over his handling of the campaign.

As of 5:30 a.m. Thursday, the Central Elections Committee had tallied 4,325,033 ballots amounting to 89% of all votes, and was expected to complete the count later Thursday.

Netanyahu’s bloc was projected to win 65 seats, giving the former prime minister a comfortable majority to form a government in the 120-seat Knesset after 17 months in the opposition with his far-right and Haredi allies.

The results pointed to a stunning comeback for Netanyahu, currently on trial in three corruption cases, and will likely end four years of political gridlock that has dragged the country through a series of deleterious elections.

While backed throughout the election campaign by the far-right Religious Zionism and ultra-Orthodox Shas and United Torah Judaism, Netanyahu will still need to haggle with the parties over policy goals and cabinet posts to secure their support, which could include complicated negotiations in areas where the factions have far-reaching demands or do not see eye-to eye.

In a signal that Likud believes coalition jockeying will be fairly straightforward, media reports Wednesday night indicated that Netanyahu was aiming to have a new Knesset speaker sworn in by November 15, and was sprinting toward clinching a government as soon as possible and swiftly eject Lapid from power.

The timetable would be extraordinarily fast. Coalition negotiations typically take weeks or longer, and Netanyahu will not receive a mandate to form a government until next week at the earliest. 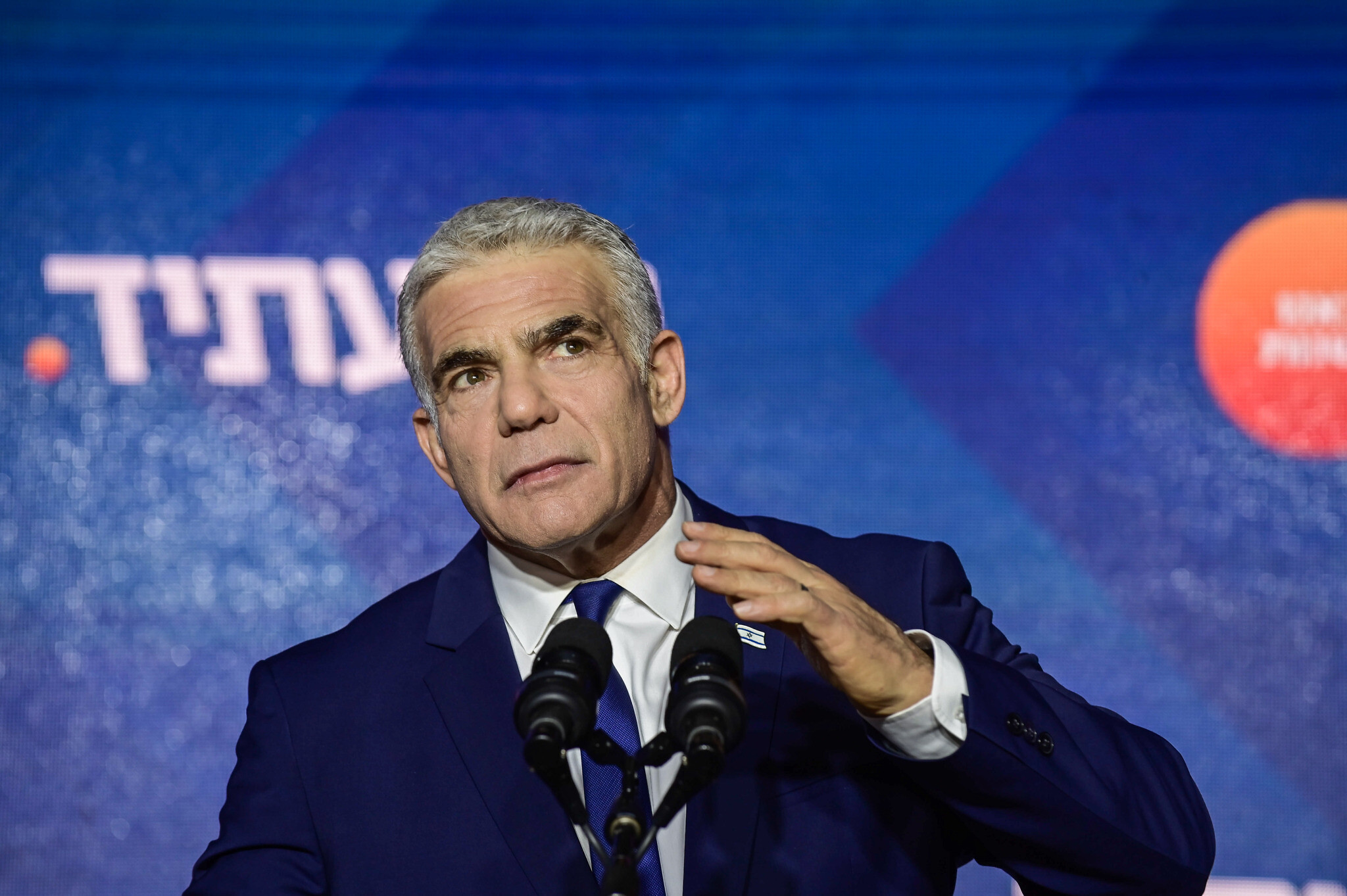 Prime Minister Yair Lapid, leader of the Yesh Atid party, speaks to supporters as the results of exit polls in national elections are announced, in Tel Aviv, on November 2, 2022. (Tomer Neuberg/Flash90)

President Isaac Herzog’s office said Wednesday he will begin meeting with representatives from the parties in the Knesset to hear their recommendations for prime minister next week, once election results are finalized and certified.

The consultations will commence once the final results are formally presented to the president next week. Herzog has until November 16 to announce which lawmaker he will task with forming a government, though he can do so earlier. In previous rounds, party consultations typically lasted two days.

Lawmakers tasked with forming a government have 28 days to do so, with the possibility of a 14-day extension.

Netanyahu will almost certainly be given the job backed by his bloc’s strong showing. Despite preliminary results showing a 65-seat majority, the Likud leader  plans to attempt to entice lawmakers from parties aligned with Lapid to jump ship and join his coalition, Channel 12 reported.

His targets likely include members of Defense Minister Benny Gantz’s National Unity alliance, one of the parties ideologically closest to his bloc, which is projected to come away with 12 seats.

Gantz, who previously partnered with Netanyahu in a unity government only to be maneuvered out of a promised premiership rotation, has said his party will not sit with Netanyahu in a coalition. However, the alliance also includes Gideon Sa’ar’s New Hope, made up largely of right-wing former Likud members.

Yisrael Beytenu, another right wing party currently projected to win five seats, could be another target, though its secularist ideology clashes dramatically with Netanyahu’s ultra-Orthodox partners. 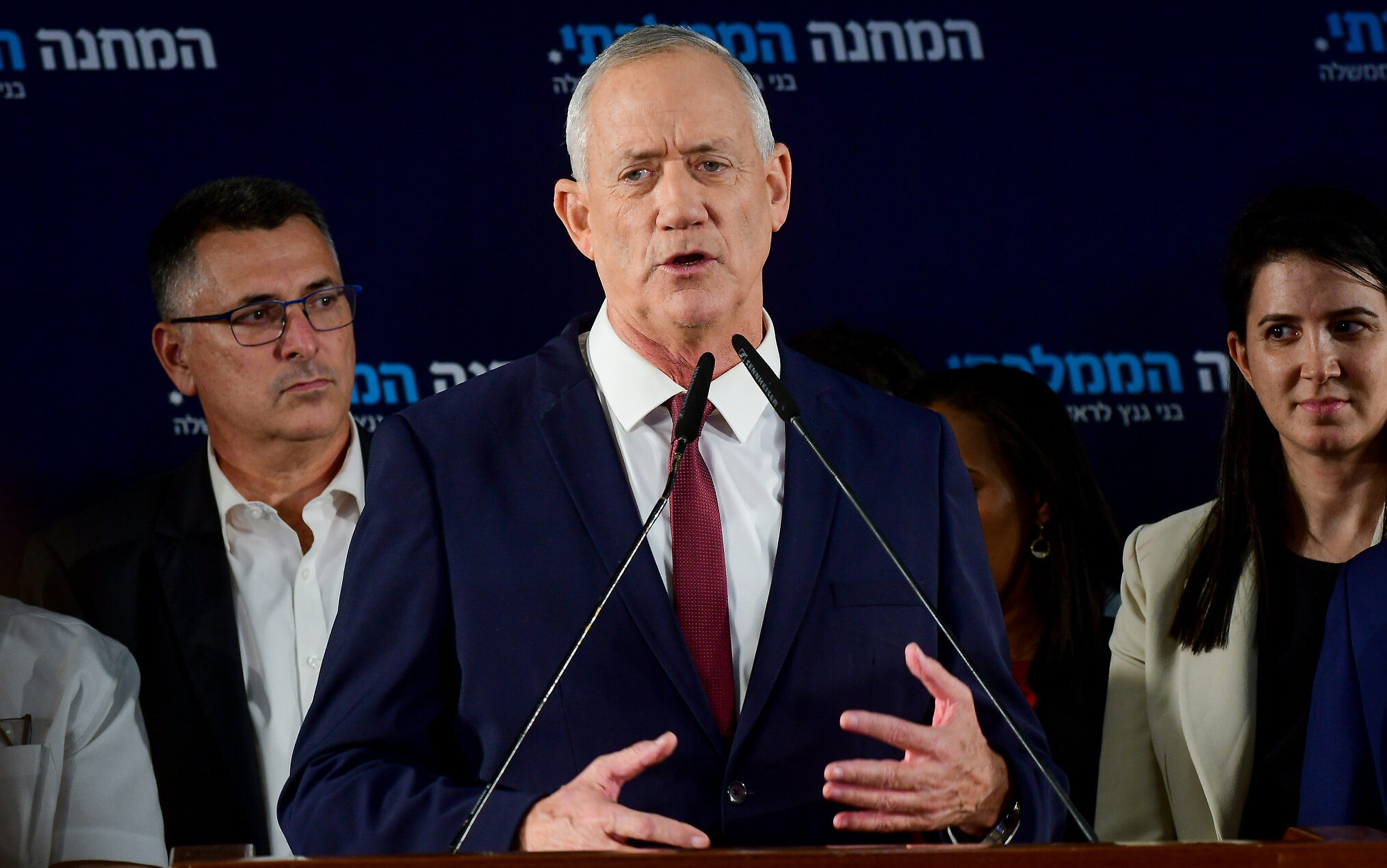 The Shas and United Torah Judaism parties, loyal allies that have stuck with Netanyahu throughout political tumult in recent years, are expected to demand the government roll back some of the progressive reforms instituted by the current coalition. Both parties did well in the election, with the Sephardi Shas projected to win 11 seats and the Ashkenazi UTJ eight.

Their demands are expected to include canceling taxes on sweetened beverages and single-use plastic items, staples in the Haredi community, which felt targeted by the taxes. 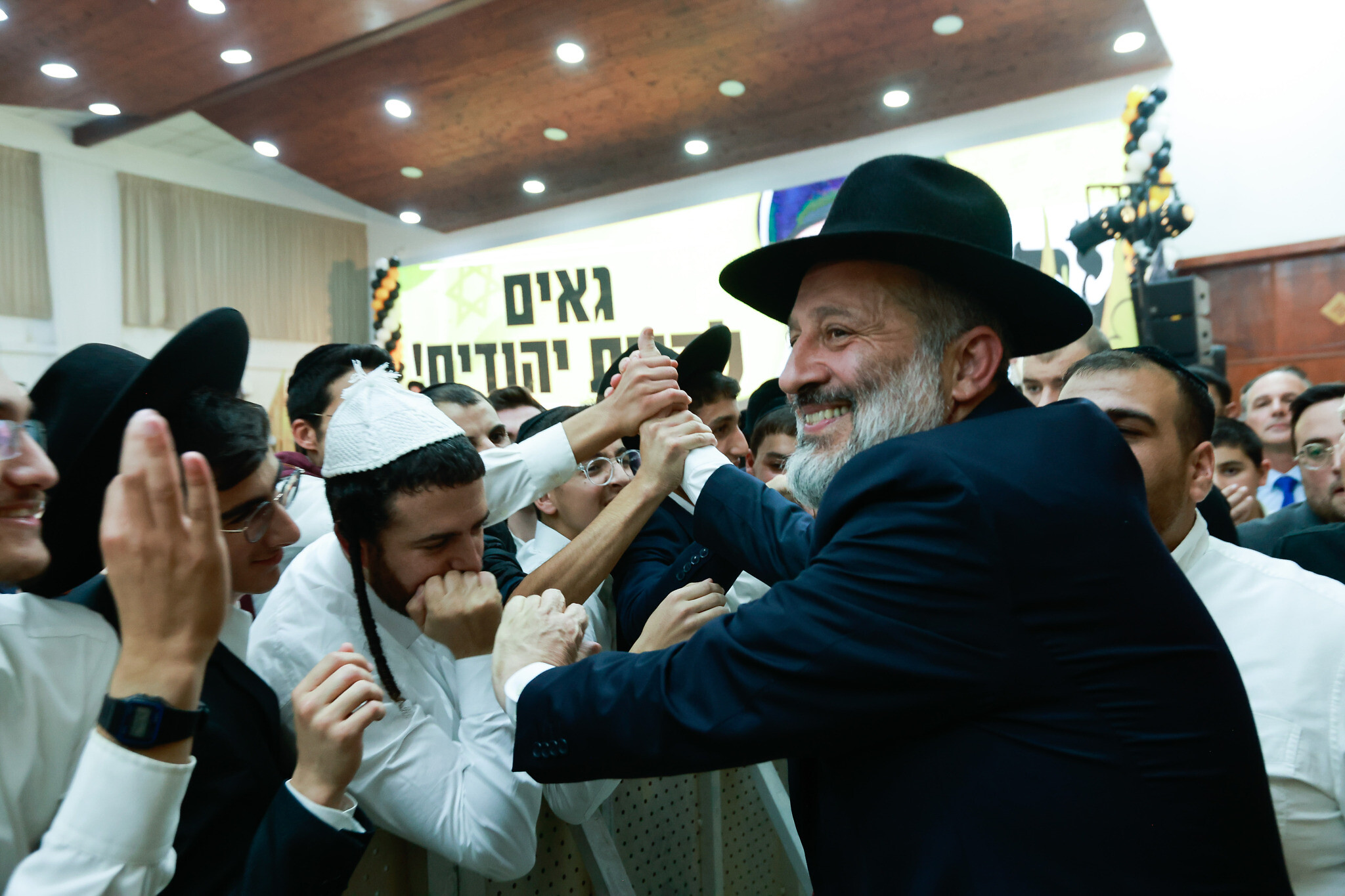 Shas party head Aryeh Deri with supporters as the results of the Israeli elections are announced, in Jerusalem. November 1, 2022.(Yossi Zamir/Flash90 )

Shas and United Torah Judaism are also expected to demand canceling reforms to the system for certifying kosher food; reversing changes to the conversion process; ensuring yeshiva students will not be subject to the military drafts; and will seek budgets for religious schools, including those that don’t meet state education standards for core studies.

Ben Gvir has said he will demand the public security ministry, which oversees police. Netanyahu said Monday he was a viable candidate for the position.

Religious Zionism leader Bezalel Smotrich has expressed interest in the ministries of finance, justice and particularly defense, although Netanyahu is seen as more likely to give that role to Likud MK Yoav Gallant, a former senior Israel Defense Forces general, and have Smotrich take over the Finance Ministry. Neither Smotrich nor Ben Gvir served in the military, although other lawmakers without significant army experience have held security portfolios in the past.

There is also speculation that he may be given the Justice Ministry, from which he would seek major changes to the judicial system, including packing the committee that chooses judges with politicians, removing some of the charges faced by Netanyahu from the penal code, and pushing legislation that would essentially strip the High Court of the ability to strike down unconstitutional legislation, a policy aim also backed by the ultra-Orthodox. 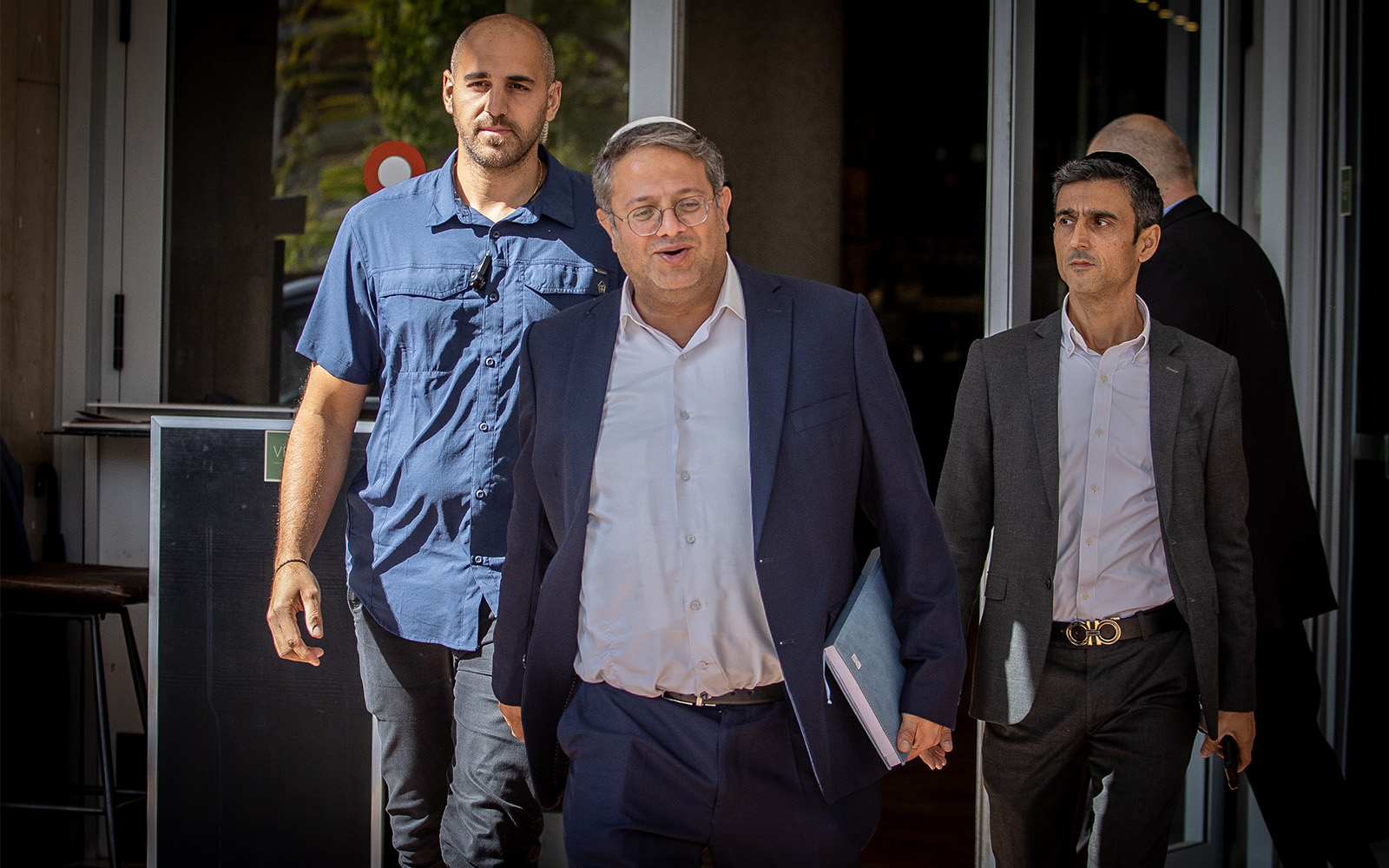 Right wing politicians have complained for years that the High Court is an undemocratic left-wing bastion, seeking to change its makeup and strip it of the ability to act as a check on government or Knesset power.

Critics have warned that the ultra-nationalists in Religious Zionism could also use government power to strip Arab citizens of their rights nd ratchet up societal divisions and tensions with Palestinians, as well as with Israel’s allies abroad.

Reckoning on the left

On the other side of the aisle, Lapid was reportedly shirking conversations with his allies following his bloc’s poor showing.

Lapid was set to speak with Gantz overnight Wednesday-Thursday, and would speak to other party leaders in his coalition only after the final election results are announced, the Kan public broadcaster reported, some 24 hours after initial ballot returns showed his former allies unable to scrape together a majority.

Some of Lapid’s coalition partners castigated him for his handling of the campaign soon after exit polls indicated his coalition’s defeat.

Sources accused Lapid of failing to properly marshal members of his coalition bloc to achieve the best results for the center-left, and instead focusing on building up his own Yesh Atid party at the expense of two key allies, the left-wing Meretz and Labor parties.

Yesh Atid is projected to win 24 seats, its best-ever showing. But Meretz is not expected to secure the minimum number of votes needed to enter the Knesset, a stunning fall for the longstanding left-wing beacon.

As of 5:30 a.m. Thursday, the party stood at 3.17% percent, several thousand votes shy of the 3.25% threshold it needs to pass. It was not expected to make up the ground, with the only untallied ballots left so-called double-envelope votes from soldiers, diplomats and others unable to vote at their normal polling stations. 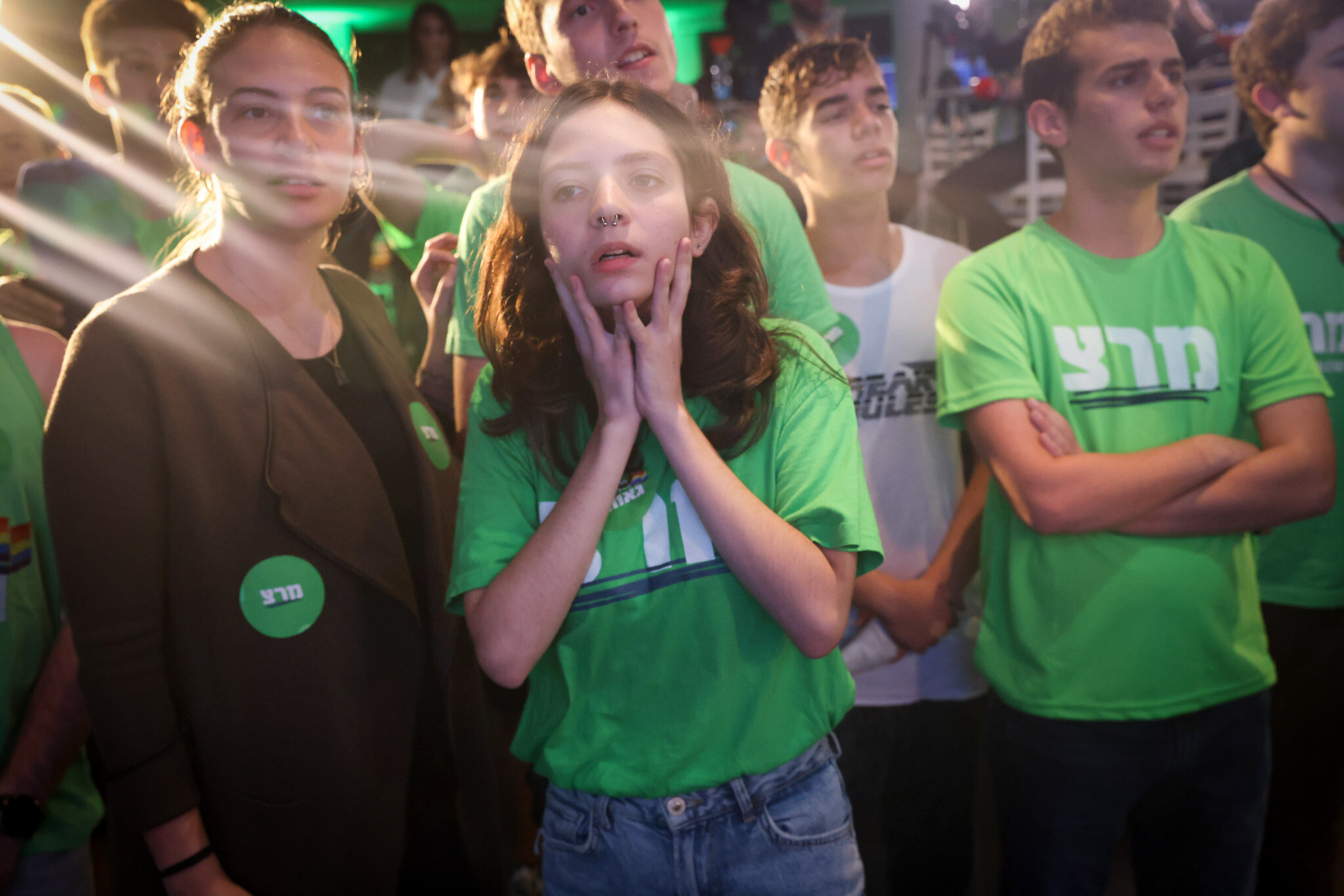 Meretz party supporters react as the results of the Israeli elections are announced, in Jerusalem November 1, 2022. (Flash90)

“[He] behaved like a cannibalistic pig who tried to eliminate [other parties] in order to be the biggest party, and this is the result,” the official said of Lapid.

Lapid had lobbied intensively for the Meretz and Labor to join forces and present a joint slate last month, but Labor leader Merav Michaeli resisted the alliance with Meretz, which sits further to the left on the political spectrum than her faction.

Michaeli has already faced harsh criticism from her own party and from Meretz for refusing to join forces. 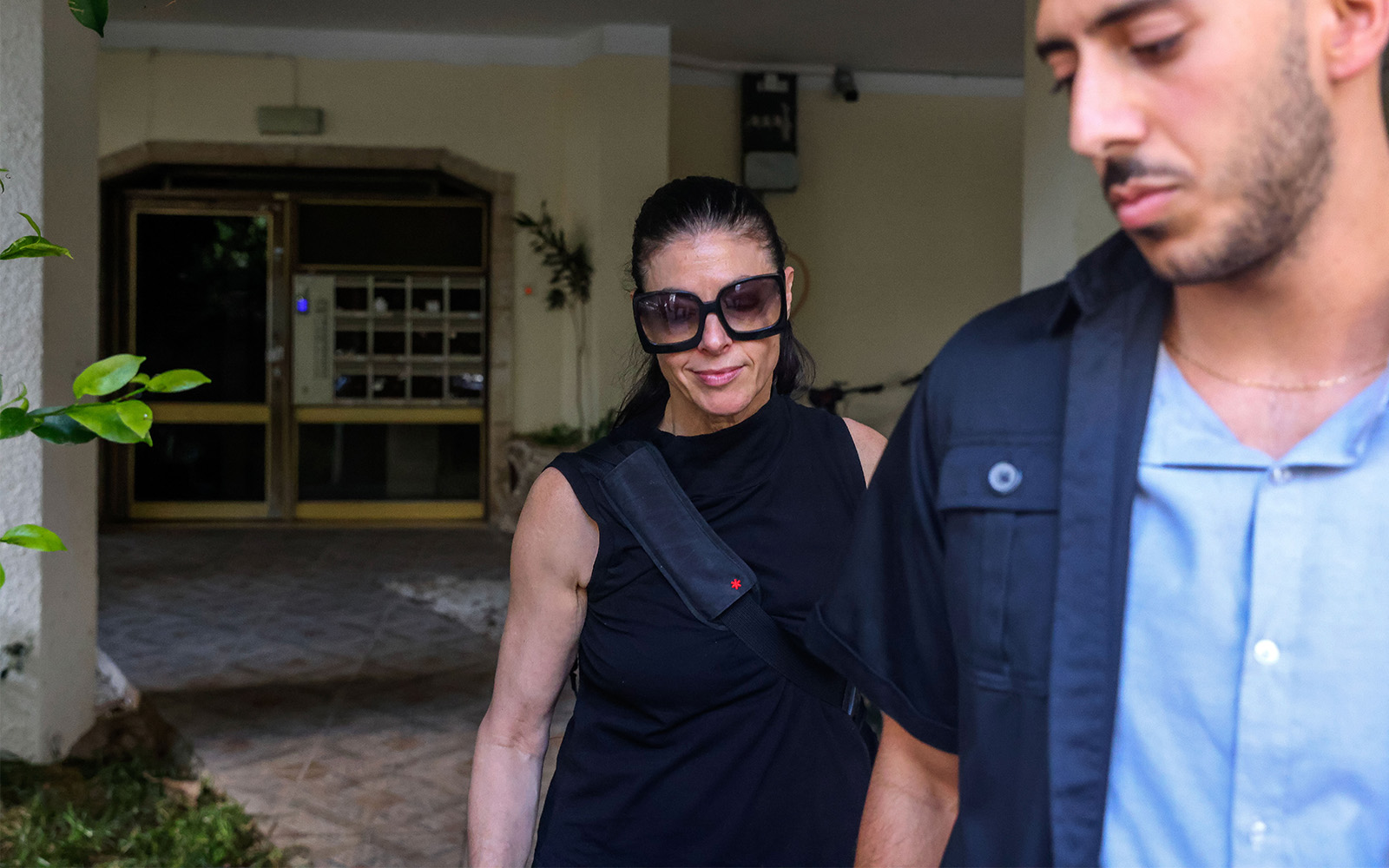 Labor party leader Merav Michaeli outside her home a day after the Knesset Elections, in Tel Aviv, on November 2, 2022. (Flash90)

The Arab Balad party, which was not part of the coalition, also fell just under the electoral threshold, after running on its own instead of in partnership with Hadash and Ta’al. If both Balad and Meretz had made it into the Knesset, it would have taken eight seats from other parties and could have denied Netanyahu his majority.

“He [Lapid] wanted to lead the bloc, but didn’t deliver the goods and acted arrogantly throughout [the campaign],” another unnamed official told Ynet.

The official said that while Lapid had claimed he knew how to communicate with the Arab parties, “at the moment of truth everything collapsed, and his big party campaign was also an irresponsible move.”

Others said Lapid allowed himself to be drawn into Netanyahu’s campaign tactic of making the election a contest between Likud and Yesh Atid, the two largest in the Knesset, and as a result facilitated the possible failure of Meretz or Labor to cross the threshold.

“Instead of stopping that, he played along and at the moment it looks like Netanyahu succeeded,” a coalition source told Ynet.

An analysis of voting by locality showed Lapid’s Yesh Atid party winning a far higher percentage of the vote in progressive stronghold Tel Aviv than it did in the previous election, at the expense of Labor and Meretz. 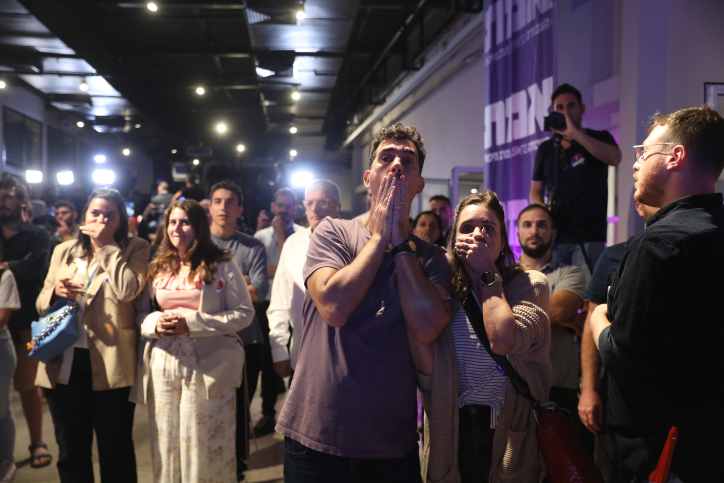 Labor party supporters react as the results of the Israeli elections are announced, in Tel Aviv November 1, 2022. (Noam Revkin Fenton/Flash90)

Returns as of 5:30 a.m. Thursday showed that parties opposed to Netanyahu took over 2.1 million votes, compares to 2.07 million for parties allied with him, with some 500,000 still to be counted. The latter bloc will secure far more seats because Balad and Meretz failed to clear the threshold, erasing over 260,000 votes combined, though Lapid would have faced an uphill battle to build a majority even if both had made it in, with Balad and Hadash-Ta’al both vowing to remain in the opposition.

Lapid’s unlikely coalition managed to push Netanyahu from power in June 2021, ending over a decade of continuous rule from the Likud leader, but the alliance, which included right-wing Yamina and Islamist Ra’am, struggled to overcome deep ideological divisions and collapsed, partly due to pressure from Netanyahu and his allies.

Last year, when the coalition then led by Naftali Bennett took power, Netanyahu shunned the traditional handover ceremony by not offering Bennett a handshake, a photo-op or public good wishes. Netanyahu reportedly gave his replacement less than an hour for the handover, before publicly declaring he would bring down the government.

Israel has been rocked by political turmoil since a Netanyahu-led government fell apart in late 2018. Two rounds of elections, in April 2019 and September 2019, failed to yield a winner, and a short-lived unity government formed with Gantz after the third vote in March 2020 collapsed after less than a year.