From one controversial figure to another, Dave Chappelle opened his “Saturday Night Live” hosting appearance by discussing Ye.

“I denounce antisemitism in all its forms. I stand with my friends in the Jewish community,” said Chappelle, before turning to the camera and adding, “And that, Kanye, is how you buy yourself some time.”

The comedian said he grew up around Jewish people, so he’s “not freaked out by your culture.”

“Why do some people in your culture dress like Run-DMC?” he jokingly added.

Chappelle brought the show back to Ye and the infamous “Drink Champs” podcast last month in which the rapper declared, “I can say antisemitic things and Adidas won’t drop me.”

“They dropped (him) immediately,” Chappelle said. “Ironically, Adidas was founded by Nazis, and even they were offended. I guess the students have surpassed the teachers.”

In another quip about Ye, Chappelle argued that people with mental illness have committed murder, so he doesn’t share the sentiment that mental illness isn’t an excuse for antisemitism.

“I don’t think Kanye is crazy at all,” he added. “I think he’s possibly not well.”

Chappelle said the “crazy” part about Ye is that the star said antisemitic things “out loud.” 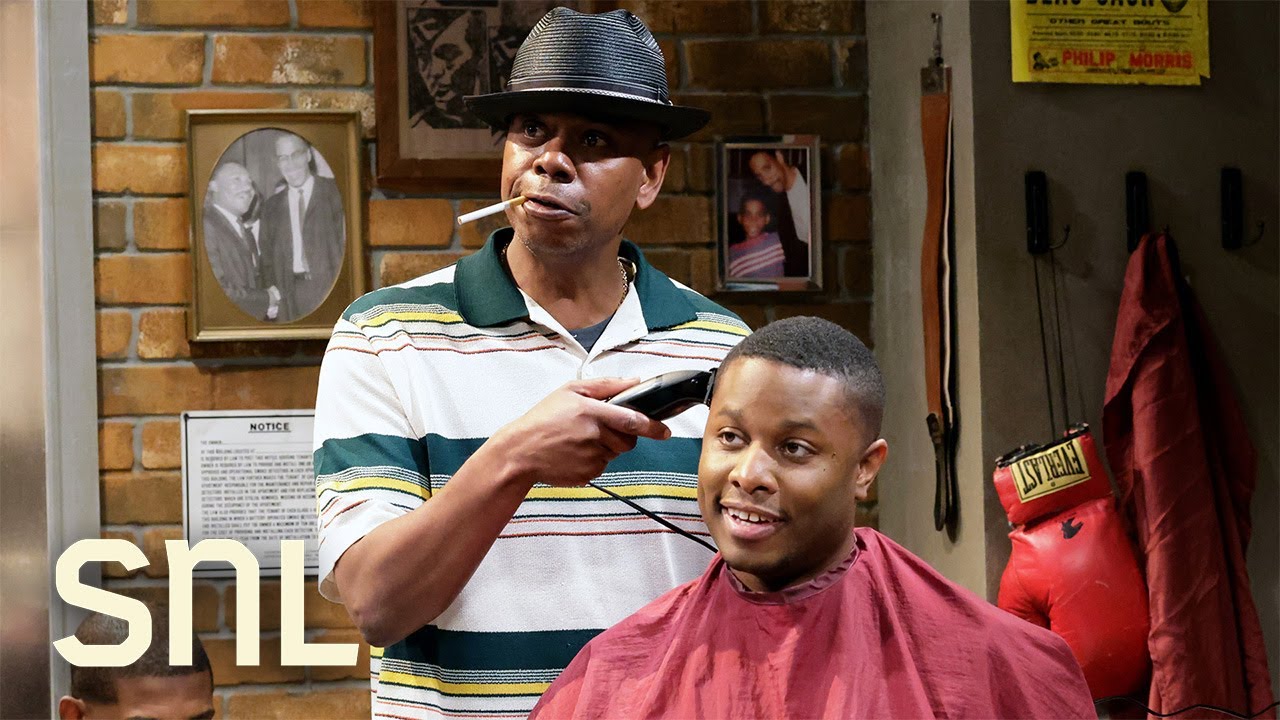 Later, in a barbershop-style skit, Kenan Thompson’s character said of West, “Ye lost me when he wore that White Lives Matter shirt.”

Ego Nwodim’s character added, “Right, or when he said that mess about George Floyd.”

“And his comments about Jewish people. I mean, way off the mark. … I set all my Yeezys on fire. I mean, they’re only sneakers, right?” said Michael Longfellow’s character, to which the rest of the barbershop went silent.

Chappelle didn’t go nearly as hard on politicians in his post-midterm “SNL” appearance, compared to his 2020 “SNL” hosting gig.

He briefly joked about Republican Herschel Walker’s bid for Senate in Georgia by calling him “observably stupid.”

Chappelle’s “SNL” appearance initially drew controversy because of his past transphobic remarks, which he didn’t address in his monologue. His 2021 standup special, “The Closer,” sparked outrage and debate surrounding his remarks about the LGBTQ+ community, in particular his focus on the transgender community. Chappelle’s comments led Netflix employees to walk out in protest when co-CEO Ted Sarandos doubled down on his defense of it.

In the special, Chappelle also attempted to juxtapose the pace of civil rights gained by LGBTQ+ people over those fought for by the Black community and expressed solidarity with “Harry Potter” author J.K. Rowling, who drew backlash in 2019 for conflating sex with gender.

In May, Chappelle was attacked onstage at the Hollywood Bowl during the Netflix Is A Joke festival. Isaiah Lee, who was charged with assault with a deadly weapon after pointing a replica handgun at Chappelle, told the New York Post he identifies as bisexual and the comedian’s set was “triggering” for him. Lee denied having the weapon drawn when he approached the comedian.

Last fall, students at Chappelle’s high school alma mater criticized him when a theater at the Duke Ellington School of Arts was supposed to be named after him. Months later, he announced the theater would instead be named the “Theater of Artistic Freedom & Expression.”

Chappelle said the criticism from students “sincerely hurt me.” Netflix posted footage of the comedian’s speech in July in a nearly 39-minute feature titled “What’s in a Name,” currently streaming on the platform.

Dave Chappelle is accused of ‘punching down’ in ‘The Closer.’How can comedy go up from here?